When Dragons Whisper - Haunted By The Shadow Of Tiananmen 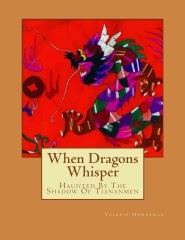 When Dragons Whisper - Haunted By The Shadow Of Tiananmen, by Valerie Horniman is the new book from Edwin H. Lowe Publishing.  Valerie's book will be launched in September 2014.

"In 1979 Australian teacher and education administrator, Valerie Horniman, began mentoring Chinese postgraduate scholars at the University of Sydney. They were the 'Gang of Nine' and were among the first scholars from mainland China to be awarded degrees at a Western university, since the establishment of the Communist government in 1949.

Valerie arrived to find Chinese students with barely concealed discontent. Repression of intellectual freedom had returned to Chinese universities, along with political education, as the hard line conservative leaders sought to regain control of university campuses. Yet the 'Cultural Fever' for Western thought and ideas which had gripped China since its 'opening up', was a genie that could not be returned to its bottle.

Valerie faced vast cultural gaps between Chinese and Western culture. She bridged those gaps by drawing upon her love of Chinese literature and arts. Expertly guided by Professor Hou Weirui of the 'Gang of Nine', Valerie used the universal ideas she found in Chinese literature as a key to unlock her students' understanding of English literature and Western thought. Valerie's students studied a broad range of English literature, free from the constraints of ideologically mandated scholarship. Her students studied Animal Farm - watching the animated film and singing 60's protest songs - on an anniversary of the Tiananmen Massacre as police patrolled the campus. Challenging and innovative, Valerie's teaching satisfied both her students' thirst for knowledge, as well as their desire to covertly express critical and taboo topics in the wake of Tiananmen.

'When Dragons Whisper - Haunted by the Shadow of Tiananmen' is Valerie Horniman's memoir, documented with colour photographs. It is the story of her seven year odyssey in China - her journeys and her teaching in a China still opening up in the wake of the Tiananmen Massacre."
Posted by Edwin H. Lowe Publishing at 19:38 No comments: