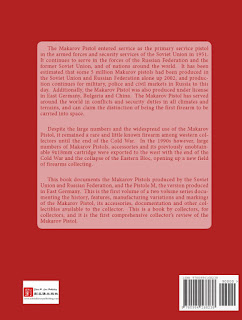 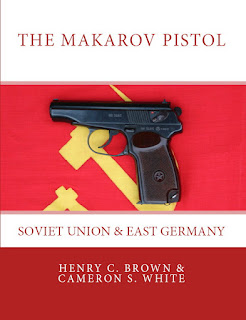 Description
The Makarov Pistol entered service as the primary service pistol in the armed forces and security services of the Soviet Union in 1951.  It continues to serve in the forces of the Russian Federation, and the former Soviet Union, and of nations around the world.  It has been estimated that some 5 million Makarov pistols had been produced in the Soviet Union and Russian Federation alone up 2002, and production continues for military, police and civil markets in Russia to this day.  Additionally, the Makarov Pistol was also produced under license in East Germany, Bulgaria and China.  The Makarov Pistol has served around the world in conflicts and security duties in all climates and terrains, and can claim the distinction of being the first firearm to be carried into space.

North Bender
"Clear photos and lots of them, along with extensive references and a well researched bibliography, back up the conclusions the authors reached concerning dated variations of the pistols, holsters and ammunition. So many of the questions we receive on the Makarov forum will be addressed by the book's findings."
Review by sksguide
"..the book is great. Clear Pictures a plenty. Paper quality is super. Information that is straight forward and when questions remain, they say so.
Concise, clear and very handy to use. This is now the standard reference for the russian and east german."